There are thousands of apps added to the App Store every day and with an ever evolving selection of devices to use them on, the possibilities are endless. With iPhone, iPod and iPad boasting a range of fully integrated features such as an Accelerometer and Three-axis gyro, the App Store is full of games that can really test your imagination. In the App Store there are 3 different categories in the top apps section, Top Paid Apps, Top Free Apps & Tops Grossing Apps. The titles speak for themselves; however the “Top grossing” section means the App that has made the most money. So the #1 app on that list is the one that has grossed (or made) the most. The apps in the Apps Store vary from the iPhone to the iPad to the iPod; the reason for this is that the different devices have different capabilities. For example the apps in the iPhone’s App Store may use the data network that a phone contains. Apps in the iPad App Store will be specifically designed to support the big screen of the iPad. The top apps usually change from week to week as when a new app becomes available there is often hype around it, pushing it to the top of the top apps. 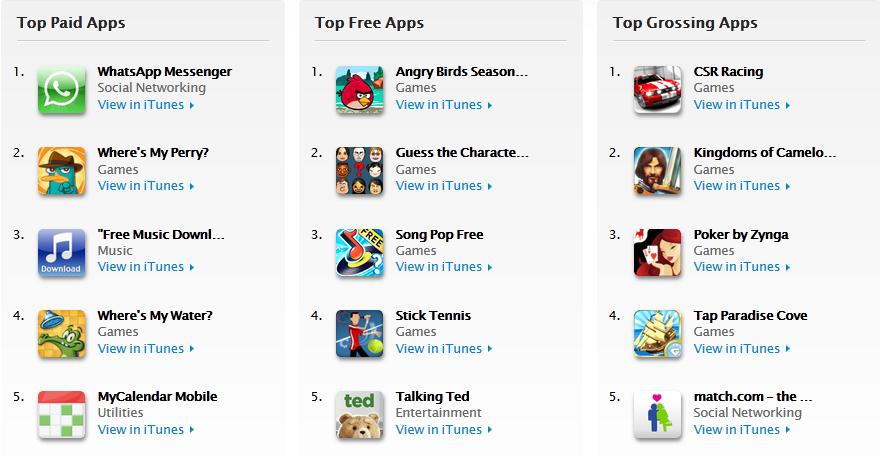 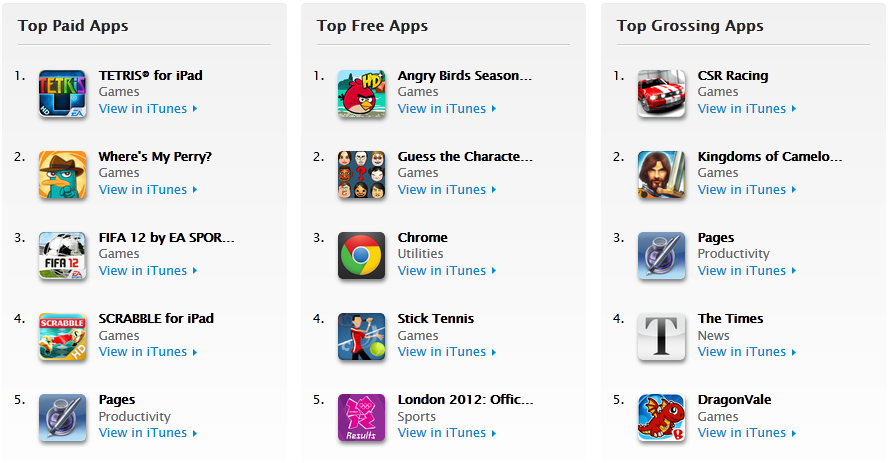 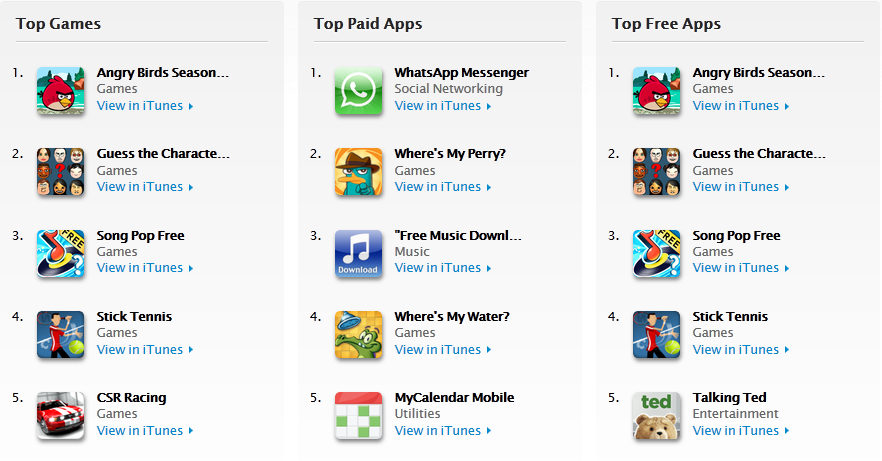 Apps are a great way of personalising your iPhone, to personalise it further why not purchase cherished mobile numbers from http://www.uniquesims.com/.