On the 12th September at Apple’s Special Event in San Fransisco they unveiled their all new iPhone 5; the long awaited mobile phone which boasts a host a new and improved features.

The first iPhone was introduced in 2007, and what a breakthrough it was. This iPhone eventually came to be the #1 smartphone in the whole world. Every year there has been a new version of the iPhone and each year they break records and expectations. This year they do not fail to impress with the iPhone 5. Apple claims that the engineering that has gone into this product’s hardware and software is the most difficult project they have ever embarked upon.

The phone boasts a host of different features, not only in their own market but to competitors alike. This phone is the world’s thinnest smartphone which is 18% thinner than the iPhone 4 & 4s and is also 20% lighter than the 4. 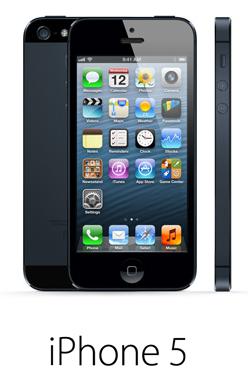 Every iPhone to date has had the same sized screen (3.5ich); the new iPhone 5 has a 4ich screen, allowing enough space for a fifth row of icons and a better viewing experience. The screen is no wider than its predecessors but is taller. Not only does this screen allow a better user experience but the software has been adapted to the size of the new screen, allowing you to see more emails, 5 day week view in calendar and see more of a web page in safari. The screen also has 44% more colour saturation that the 4s, making it the most accurate screen for a phone in the market. In addition the touch sensors are integrated into the screen, unlike others where there is an additional layer. This making the phone thinner, and bringing the screen closer to the surface, allowing the image to be crisper and more refined. This screen really is the worlds most advanced display.

One of the biggest and notable additions to this phone is the ability to be able to access a new form of network. 4G is set to allow people to download at a much faster rate than the conventional 3G and offering download speeds that are faster than the average household internet connection. Although this sounds amazing, it will not be supported in the UK for a few weeks and even then rumours are that is could cost the earth. The 4G capability will only be available to the Orange and T-Mobile network and the scheme is going to be called EE or in layman’s terms ‘Everything Everywhere’. 3G mobile phone technology brought us download speeds of 5Mbps if you were lucky, however 4G promises to deliver download speeds of up to 100Mbps. 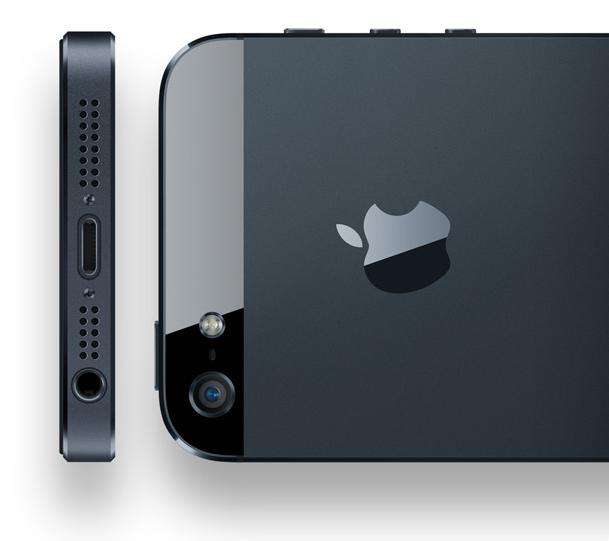 System performance is also improved with the Apple A6 chip. This chip has a 2x faster CPU and 2x faster graphics than the A5 chip. Not only is this chip faster and better but it is also 22% smaller.

You would think that with all the new features included in this phone that it would have a detrimental effect on battery life; however they have managed to add an additional 25 hours onto the standby time of the 4s resulting in 225 hours’ worth of standby time, outstanding for one of the most powerful phones on the market.

This phone really looks the part, and will appeal to all markets in the same way that the previous iPhones have. Apple already have an advantage with this product as they will not have to embark on great promotion and costly advertising, this new phone will practically sell itself. Many shops in the UK have already sold out of the new phone and it’s not even here, showing that pre-ordering the device has proved the best option for people to be the first to get their hands on this fantastic bit of kit.

Take your iPhone 5 to the next level with a personalised number from Unique Sims. With a variety of different numbers including; Special Numbers, Platinum Numbers, Gold Numbers and Silver Numbers, there is sure to be something to suit you and your price range.